4.5/5 Satisfaction
41% Attendance Rate
52% Took Action
41% Commited to Stopping Plastics
82% Would recommend the conversation to other people
61% Were interested in volunteering with Greenpeace

Greenpeace is a global, independent campaigning organization that uses peaceful protest and creative communication to expose global environmental problems and promote essential solutions to a green and peaceful future.

Greenpeace is all about direct actions. It is one of the most visible environmental organizations in the world with offices in over 55 countries and 2.8 million supporters worldwide.

The Greenpeace USA team needs to raise awareness for their “Stop The Plastic Invasion” campaign and get more of their supporters taking action to combat single use plastics.

They tried different tools, however, a simple webinar wasn’t engaging enough to move people through the supporter journey to the point of taking action. Hosting multiple Zoom webinars would not scale for a large, geographically distributed network of lapsed, latent, likely or existing supporters.

According to Senior National Organizer at Greenpeace USA, Anna Wagner: “Getting people to join a conference call on Zoom and then to take an action” was not effective for the Greenpeace supporter base.

To mobilize Greenpeace USA’s supporters to stop single use plastics, the Senior National Organizer needed to deeply engage Greenpeace USA’s fans and followers at scale, without her team needing to attend and lead every session.

Anna, Senior National Organizer at Greenpeace USA, was looking for new technology and tools for bringing people from across the country together in a way that inspires them to take action while still being manageable for her team’s limited personnel resources.

Anna was familiar with the team that built VoiceVoice from her time working with us on our first technology platform, MaestroConference. The MaestroConference team introduced Anna to the new VoiceVoice platform and how it is the only technology capable of generating an unlimited number of live video conversations among many parallel small groups, without the host having to attend each session.

After learning about VoiceVoice, Anna was more excited about using VoiceVoice for her project: “We’ve been developing campaign work around stop using plastics and thinking about how VoiceVoice might help with those campaigns. We would like to see it in action and how it affects engagement rates.”

With VoiceVoice, the Greenpeace team recorded (once) the facilitation elements for a purposeful conversation (agenda, discussion questions, video guidance, and group activities). The VoiceVoice platform then creates and “facilitates” up to millions of live small groups with the recorded guidance and allows those groups to discuss, navigate together, get trained, and move into action at their own pace, on their own schedule, without needing a host or facilitator to attend and lead each session.

For Greenpeace, the VoiceVoice series focused heavily on getting supporters (lapsed, latent, likely or existing) to come together and have purposeful, intimate conversations about fighting single use plastics at a national level. The community was inspired to take deliberate and effective action as a group, such as writing a letter and/or delivering to a local grocery chain, inviting five friends to join the conversation series, or donating to Greenpeace’s Stop Plastics campaign.

The Greenpeace Stop Plastics conversation (if you’d like to check out the Greenpeace conversation design in depth, click here to host your own time of the conversation) is designed to get supporters to “do something super engaging, it’s a chance to talk to other supporters about this campaign, pick a time, jump in, meet great people, have a great time, and feel good about taking action for the health of our planet.”

The Greenpeace team designed and recorded the conversation elements on the VoiceVoice platform, using the following format:

After the conversation was recorded once on VoiceVoice, the National Organizing team was able to continue simply sending a link to invite Greenpeace supporters to participate in and contribute to an “exciting interactive video conversation on solving the ocean plastic crisis.” Participants met in small groups and were guided by the prompts recorded in the platform as they discussed the fight against plastics, all without Greenpeace staff needing to attend.

Did this improve Greenpeace’s ability to move people from petition/smaller activity to a higher engagement offline activity?

The aim of the project was Activation, Engagement & Fundraising among Greenpeace Fans and Followers to Stop Plastics, using the VoiceVoice platform.

At the start of the project, Greenpeace’s Senior National Organizer defined the “Success Metrics” as follows:

“I really like this, this is a great way to connect folks and have guided face to face conversations even when you’re not close.”

“This was my first time participating in a forum like this and I found it nice to have open ended questions to get people comfortably engaged. I also liked concrete action options at the end”

“ We had a very high action rate for conversation attendees, a high majority of attendees were actually taking action during the call, which is substantially stronger than Zoom. 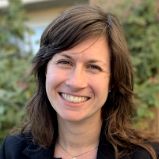 Q: Did people enjoy the conversation?
A: Yes, 80% of participants rated the experience 4-5 stars.

Q: Did people take action?
A: Yes, per survey responses, 52% of Greenpeace’s conversation participants took one or more actions; 41% made a significant commitment (hours, not minutes) towards stopping plastics. And the attendance rate (41%) for the VoiceVoice series was 3x-10x better vs. typical webinars/calls to the Greenpeace list.

Moreover, while reviewing the conversations, the Greenpeace and VoiceVoice team observed that participants were engaged throughout all discussion questions and left the conversation with a mindset and lifestyle change where 2 or more users committed to changing the way they engage with plastics on an everyday basis.

Q: Did people volunteer or commit to sharing the Greenpeace conversation to get the word out to other potential supporters/communities?
A: Yes, 82% of participants said they would recommend the conversation to other people committed to stopping plastics.

Q: "Since participating in the conversation about stopping plastics, what has changed for you?"

Q: Was Greenpeace able to build awareness of their Stop Plastics campaign by engaging new groups of youth leaders, professors and micro-influencers successfully?

A: Yes, a single cold email—sent from VoiceVoice, not Greenpeace—to a list of student group leaders on college campuses and university professors yielded a 15% positive response rate (15% of people we contacted replied with interest and attended the Greenpeace event series on VoiceVoice), which is approximately 15-20x higher than industry standard cold email performance. And again, almost all attendees rated those conversations 4 or 5 stars.

The “secret sauce”? We invited them to speak about their views with other leaders—a format that is scalable only on VoiceVoice. “It's a conversation — not a lecture or presentation, so you'll actively contribute and meet other Greenpeace activists like you who are ready to do more to solve the ocean plastic crisis.”

Across all types of user groups, a unique invitation (and the flexible timing VoiceVoice allows) can improve by more than 20x the attendance rate vs. traditional virtual event formats.

Greenpeace built an asset that performed exceptionally well in some areas (actions taken per email message).

Anna from Greenpeace said: “From the follow up survey we sent out recently 54% of Greenpeace VoiceVoice conversation participants took one or more actions; 41% made a significant commitment (hours, not minutes) towards stopping plastics, and 61% said they were interested in volunteering with Greenpeace. I don't know if we have comparable rates for Zoom calls, but my hunch is that less than 1/4 of attendees complete a tactic after attending a Zoom call (if not quite a bit lower).

This year, 80% of participants gave a 4 or 5 star rating to their experience joining the conversation, and we've had a 40% attendance rate for the last year (again, also quite a bit higher than we typically get for Zoom calls, and of course the more folks attend, the more commit to taking action and the more complete an action).”

Get Started for Free